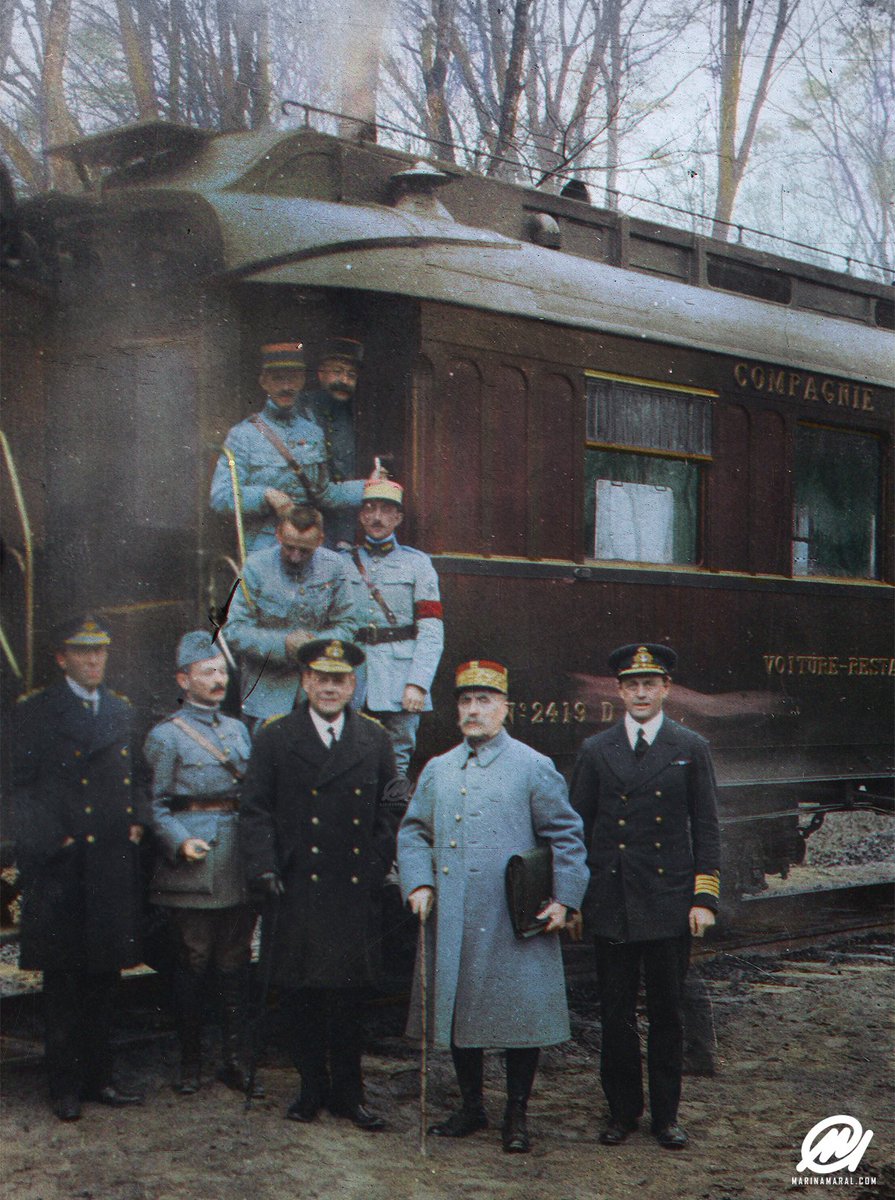 There is a point in honoring the Veterans who fought in both these wars and others or who have worn the uniform. Recently saw this description of what makes a "veteran":

"A 'Veteran' - whether active duty, discharged, retired or reserve - is someone who, at one point at his or her life, wrote a blank check made payable to 'the United States of America', for an amount up to and including his or her life."

The men and women who risk or who have given this "last full measure of devotion" are more than worthy of a Day in their honor.

By the way, that railway car used to sign the Armistice in 1918 was later used by Hitler as the venue chosen for the French to sign their surrender to the Nazi in World War II.