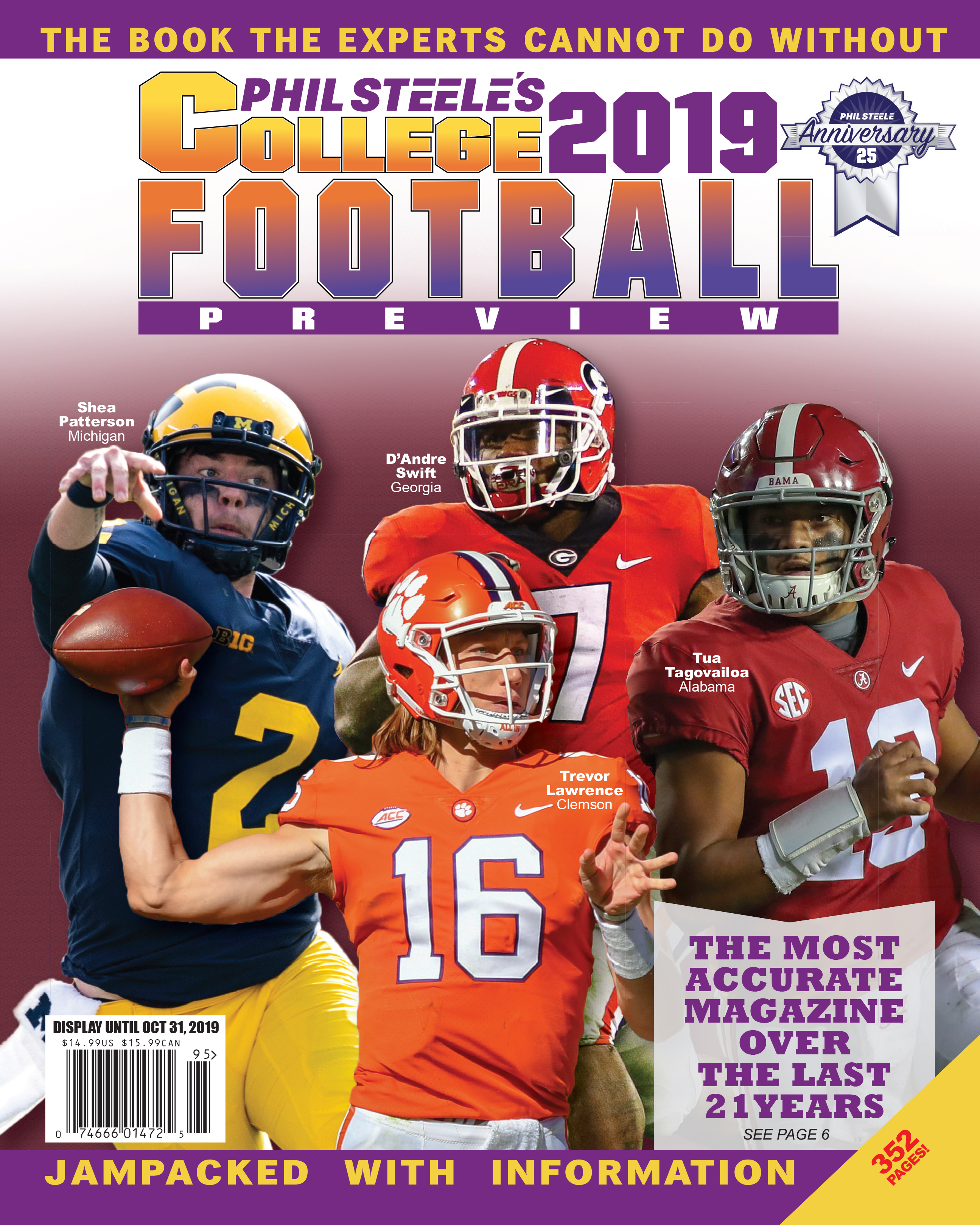 Just started reading Phil Steele's 2019 College Football Preview (I have never been able to make all the way through one because it is so densely packed with information and data). I'll probably be noting some of the nuggets over the next couple of weeks.

Here's the first one that caught my fancy. My guess is the Phil Steele would probably say the Patriots had a pretty good draft. New England took his highest rated running back - Alabama's Damien Harris; his second rated wide receiver - Arizona State's N'Keal Harry (behind only A.J. Brown who was taken 19 spots after the Pats grabbed Harry); and they took his third rated QB in Auburn's Jarrett Stidham.

How did your team do in the draft according to Phil Steele? Well you'll have to buy the magazine to look that up for yourself.

Can't wait for some football!