This Week in Musk World 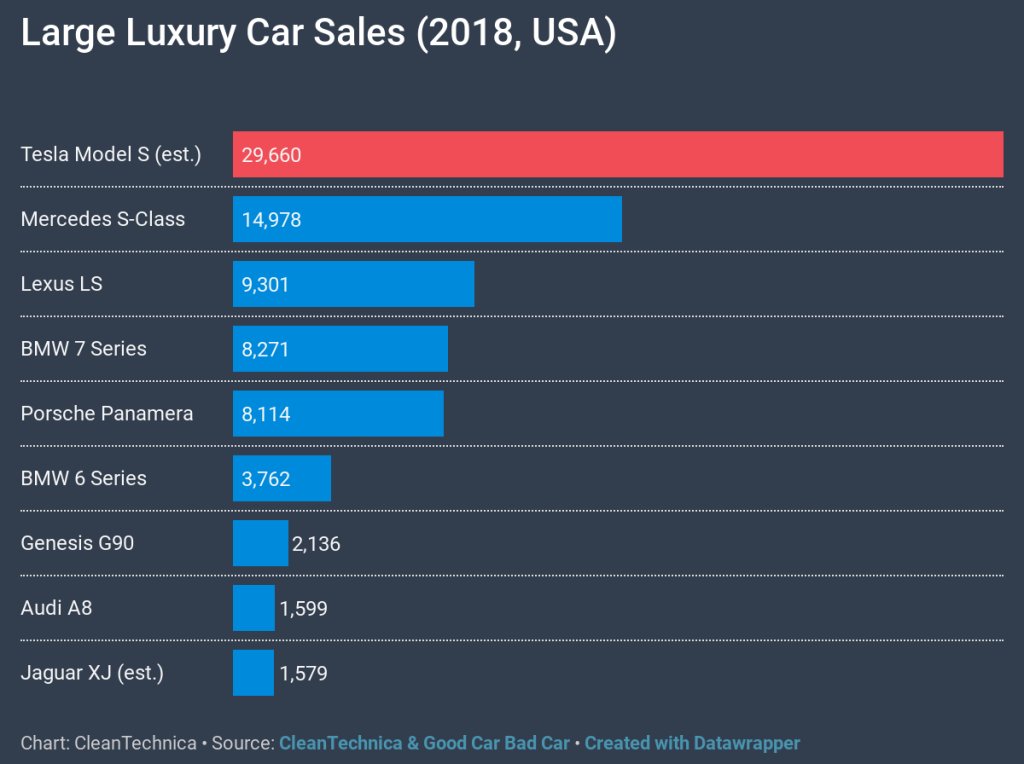 Another busy week in Musk World.

Let's not forget the Model S which represented 37% of the large luxury cars sold in the US (see graph above). Will those cars also become status symbols in Europe? Even Cadillac now admits that Tesla is now the leader of that pack.

Status symbol may be what is required for the Tesla Model 3 or Model S to be successful in China where a glut of electric vehicle models and manufacturers supposedly exist.

Tesla's stock took a hit on Friday as Elon Musk announced a 7% reduction in workforce at Tesla. The layoffs are to cut costs and increase profits.

Tesla also continues to tease the Tesla Semi. The teases even include test drives for the lucky few.