Joey Moss and the Oilers

Such a great article. My respect for Wayne Gretzky was already high but now through the roof. I'm also now rooting for the Oilers to win the Stanley Cup. I think if Edmonton came out with an official NHL Joey Moss jersey then it would easily become one of the top 100 selling jerseys in the US and Canada.

My respect for Steven Tyler has also gone up several notches.

- Love this move by the Patriots

- This dog is awesome!

- New study says humans may have been in North America 130,000 years ago. I think I need more evidence.

- Love this move by Johnny Depp

I've been shamed by this bit into never watching the draft live ever again (or reading those stupid draft prediction columns).

Posted by chris at 7:18 AM No comments:
Email ThisBlogThis!Share to TwitterShare to FacebookShare to Pinterest
Labels: Bill Burr, NFL, NFL Draft

- I agree - England has lost its way

- Holy F*CK! This would never work in Massachusetts

- Tips to get a perfect credit score. 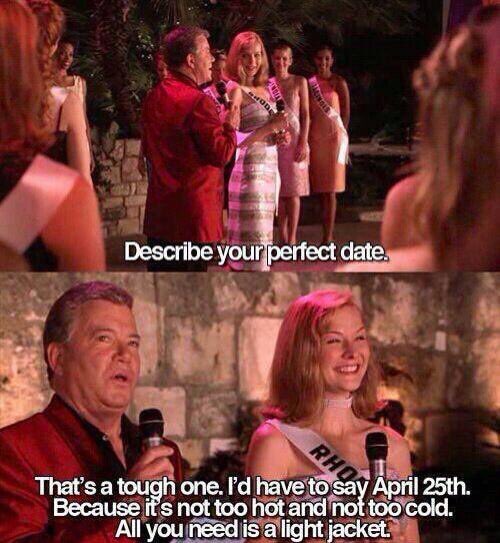 Venezuela is a complete mess - which is the ultimate end of all state run economies. I have a modest proposal to put the country back on the right track in just a few easy steps.

Step One - Venezuela sells the state owned oil company. Panera Bread was recently sold for $7 billion. If Panera is worth $7 billion then based upon the 4 economics classes I took in college then Venezuela's oil should be worth at least $17 billion.

Step Two - Supposedly there is a total of $17 billion in Bitcoin circulating on the Internet. Venezuela buys all the bitcoin with that oil sale money.

Step Three - There are roughly 31.5 million people in Venezuela. The government of Venezuela doles out all the bitcoin to each resident over a period of 5-years (60 months). Bitcoin becomes new state currency and each resident gets about $9,000 per month over the next 60 months. Residents under 18-years old could have their funds go into a trust that can be used for college education at age 18 or be given in full at age 21.

Boom! Instant market economy and prosperity! Plus the college degree incentive would help cement success for generations to come. What's not to like? 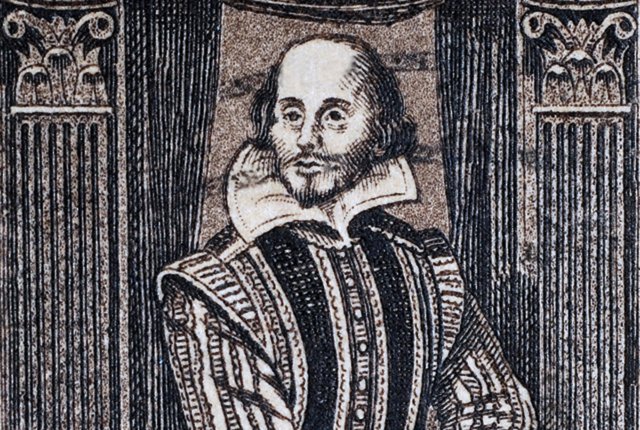 Today is not just the anniversary of Shakespeare's birth (1564) but also his death (1616). On top of that - today is also Talk Like Shakespeare day. One of my favorite facts about Shakespeare was the fact that perhaps the greatest writer of all-time was married to a woman who could neither read nor write.

- 21 phrases people use without realizing they are quoting Shakespeare

- How Shakespeare changed everything

- The Big Lebowski written as a work of Shakespeare's

Fire Grilled Turtles - band name or hipster entree?... Impressive!... Does it bother anyone else that nobody in the press seemed to ask where Syria got the poison gas in the first place? Didn't George W. Bush say that Iraq sent some of theirs into Syria to avoid inspectors? Why isn't that a bigger story?... Heh heh... Cult of Inhibitions - band name or all-inclusive resort?... This is going to put Match.com out of business... Just a reminder that one of the reasons the Broncos ran Josh McDaniels out of Denver was because he traded clubhouse cancer Jay Cutler... Sex Melon - band name or hipster cocktail?... I love the fact that Steelers fans have to live with the fact that Tim Tebow beat them in the playoffs...

- Ah Dougie Hamilton so glad the Bruins traded you

- Heh heh - footage of the MOAB

Posted by chris at 12:30 AM No comments:
Email ThisBlogThis!Share to TwitterShare to FacebookShare to Pinterest
Labels: boobs, Easter, Kate Upton

- Very cool - Saturn peeking out behind the moon

- Did not know this

- 10 podcasts that will make you smarter

- Damn - so sad to hear of the passing of J. Geils

Here's what I think the Patriots will be doing with Jimmy Garoppolo.

First off they will not be trading him. The Patriots know what they have in Garoppolo and know he's both great insurance for 40-year old Tom Brady and also potentially their QB of the future. New England is the defending Super Bowl champions and their roster has actually gotten better this off-season. There is nothing a trade of Garoppolo would bring in return that would be more valuable to the team than what Garoppolo already represents.

The first two rounds of the NFL Draft are normally where teams find immediate starters. The Pats don't have any starting roles that really need to be filled. Maybe there's also no players that Bill Belichick thinks are worth trading into the first or second round to obtain either.

The third round on is where teams normally find roster depth. The Patriots are already a deep roster and they have picks from the third round on. No need to trade for "assets" here.

Now I've seen multiple sportswriters suggest that if New England wants to keep Jimmy Garoppolo after 2017 - then they "franchise tag" him after next season. I disagree with that view. Instead why wouldn't Bill Belichick offer Garoppolo a first round tender just like they did for Malcolm Butler?

If someone gives him an offer sheet then the team has the option to match it. Chances are great that the offer would be for multiple years at much less money than the franchise tag price. The teams who are most likely to make an offer are also likely to be the worst teams in the NFL with high first round draft positions. The Pats would then have the choice of matching the offer or getting a high first round draft pick which is more or what they could get if they traded Garoppolo today.

I could be all wet but this is what I see the Patriots doing with Jimmy Garoppolo.

- Can't explain why but I loved this

- I want to hike the Appalachian Trail through Massachusetts this summer. Lyme disease will be something on my mind the whole time I'm doing it.

- US strike on Syria

I did not watch a single second of last night's Gonzaga/UNC game. Looks like I didn't miss much... Heh heh... I don't know how Tony Romo will do as a football announcer but I do know he has to be better than Phil Simms... Doesn't seem right but it is true... It needs to be asked - are the Harlem Globetrotters the best professional basketball team in NYC right now? Looking at you Knicks and Nets... I think one of the reasons I did not watch the game last night is because neither Gonzaga nor UNC covered the spread when I bet on them Saturday. Screw those guys...

I'm going to get Starz just to watch this. Big fan.

Posted by chris at 11:23 AM 1 comment:
Email ThisBlogThis!Share to TwitterShare to FacebookShare to Pinterest
Labels: American Gods, Neil Gaiman, Starz

- UNC has some very special fans 2,000 miles from Phoenix

- This is why I don't skateboard

- 5 things you should know about Congress' ISP vote

- I seriously want this