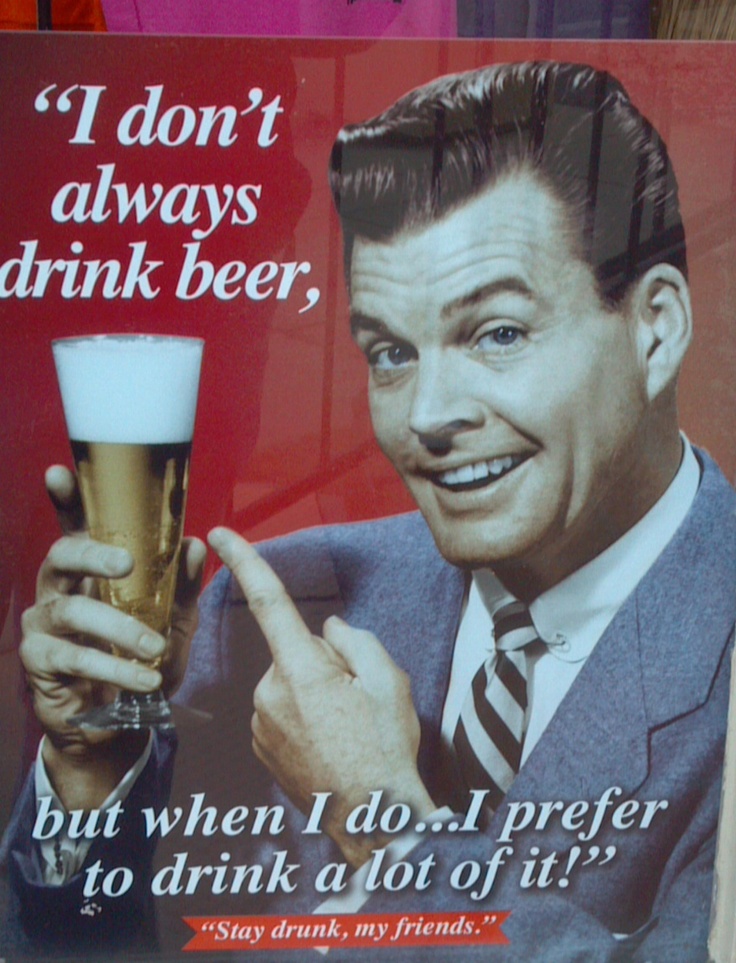 There continues to be historical evidence that fermenting and drinking alcohol pre-dates man settling into a life of planting and harvesting crops. In fact the world's oldest known recipe was not for food but for beer (part of an ancient Sumerian myth).

According to Edward Slingerland's book Drunk; "The human mastery of fermentation into alcohol is so ancient that certain yeast strains associated with wine and sake show evidence of having been domesticated 12,000 years ago or more."

So today I plan to get in touch with and pay homage to mankind's great heritage by drinking beer and watching football. It's what man is meant to do!

Posted by chris at 11:30 AM
Email ThisBlogThis!Share to TwitterShare to FacebookShare to Pinterest
Labels: Alcohol, beer, Drunk